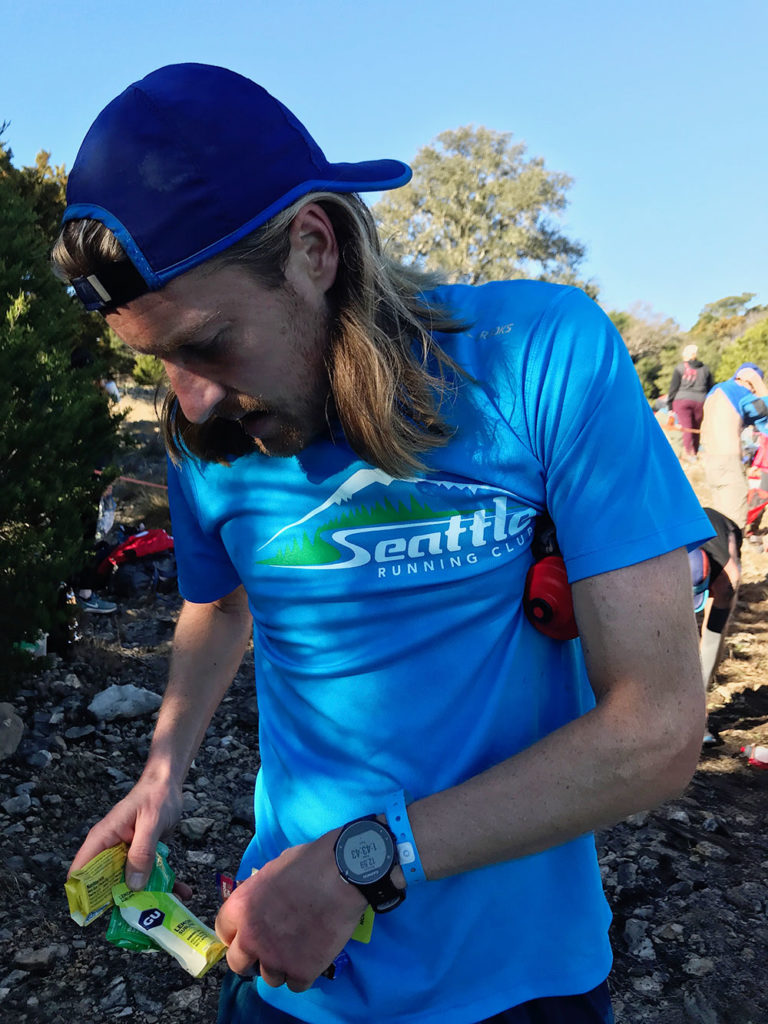 A new year; another shot to finally be that person you tell yourself you are if only the small issue of your repeated behaviors wouldn’t get in the way. No better chance to prove that you’re on the next level of that journey than surpassing your previous achievements and executing a great ultra marathon. It all started according to plan, I was 10-ish places back from the lead, allowing the hot heads to burn out early on so I could use them as stepping stones in the second half of the race. Cruising over a not-so-technical course with minimal (in ultra terms) climbing, I was not loving the amount of rocks underfoot, but felt ready to make it my day.

And yet here I am. Coming into the 50k mark and, not exactly dreading the second half, but knowing that it’s not going to be a battle for a podium place or pushing for a solid time, just yet another slog to the end. Finishing as its own reward. Ultra marathons certainly work over the body, but they can brutalize the mind. And at least the race finally ends and you can sit down, the brain keeps taking its beating for long after. So, that was the second half of my race. Five and a half hours of wondering if I’m just fooling myself about any real running ability, if past successes were just flukes or peaks not to be matched again, or if, even better, I actually could do it, but am just a quitter who can’t deal with a little hurt. Not like the champion of a runner (undoubtedly sent by gods delighting in torment) who passed me in the depths of this mood, rolling through the course with a prosthetic leg. So, I got to add “grossly unappreciative” to my list of character traits being dwelt upon.

But it’s a sport about not giving up and you always come away with something. Sometimes it’s as simple as “don’t eat strange pasta salad the night before a big race.” Other times, like this one, the lesson is harder to pin down. Though maybe that’s it. It’s hard. It’s always going to be hard, even on good days, especially so on bad ones. And I’m not sure that helps much at the moment. I don’t have a nice bow to tie on this one. I still think I could’ve done better, wish I had, and haven’t fully absorbed a lesson about appreciating the journey and being proud of the effort, etc. Though I do have a better-defined list of items to work on for 2019. It’s not what I was hoping for, but it’s a place to start.