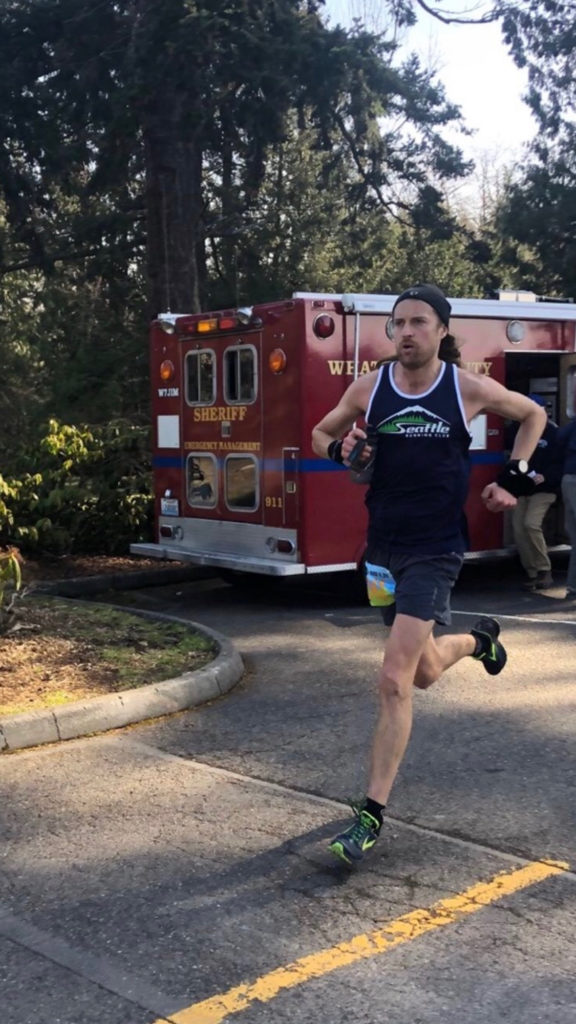 I now have three strikes at running a sub-4 at Chuckanut. Fortunately, ultra-running results tell you near to nothing outside of context. Times can’t really be compared across races of the same distance or even between different years of the same race due to changes in course routes and conditions. Not that you would know it by looking at the times of the fast boys in the top two podium spots, but there was a decent amount of snow on the course this year which made a couple miles of Cleator Road and the backside of the course less than optimal.

Near optimal, however, was how I felt I ran this year. I tend to set pretty high goals for myself and far too often let my efforts diminish when I know they become out of reach. This year I opted not to allow this by avoiding looking at my watch after the last aid station. Not allowing myself the chance to slack off by never knowing how close I was to my goal time. I finally had a strong push throughout the last 10k and managed to pick off a few runners in the process. Being ~20 seconds off of 4th and under two minutes off of the podium was tough, but it is much easier to shave off those seconds in a mental re-cap than mid-event. I’m about as happy as I ever expected to be after that race; perhaps most of all because I vanquished the ghost of many races past in which local Masters/Master runner Masazumi Fujioka crushed me in the final miles, painfully instilling lessons of pacing. I’m hoping not to repeat those particular lessons ever again.

I’m feeling confident after this one, heading into next month’s Canyons 100k.